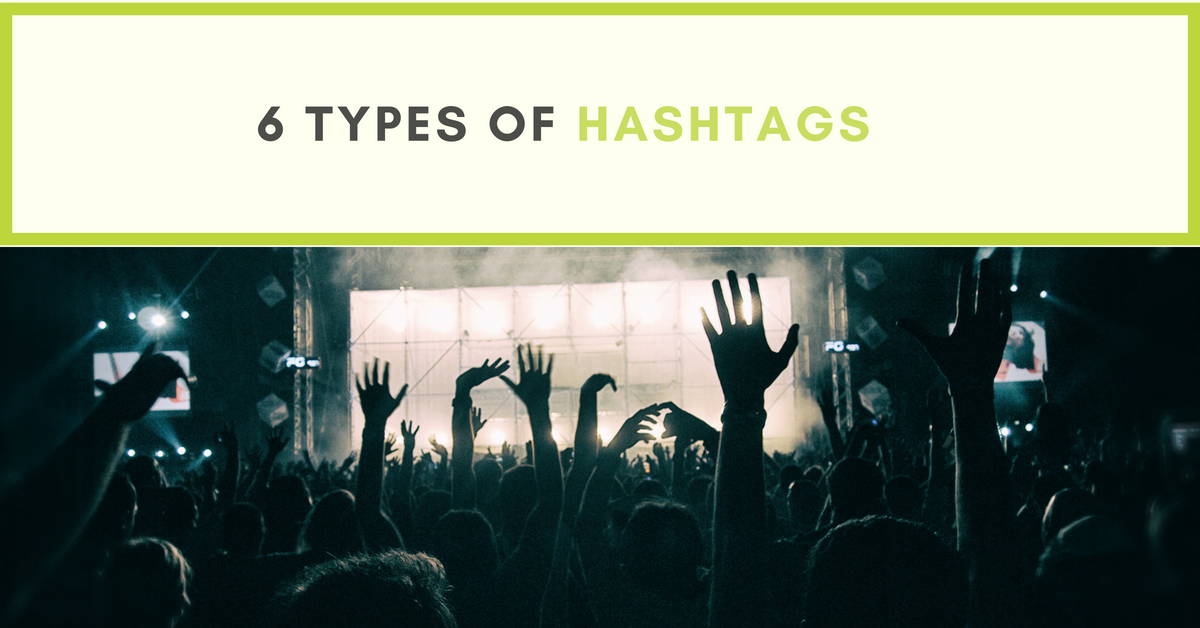 Hashtags. You see them everywhere. They’re used in many ways. Sometimes they’re used as subtext for a post or sometimes they’re used to boost overall reach. When it’s the latter case, it’s a good idea to be strategic with hashtags. Doing so will encourage audiences to either use them or better engage with your posts. Here is a description of the six types of hashtags.

Brands often use hashtags to convey a message about their brand or increase brand awareness. Brand hashtags can include the brand name or a slogan. Examples include: #TweetsFromtheSeat or #IKEAFamily. In case you didn’t know, the first example was a hashtag for Charmin toilet paper. It’s a tactic that’s somewhat cringe worthy but also clever at the same time. Toilet paper might be difficult to promote on social media, but this hashtag makes it less so. The hashtag was released by Charmin in 2016 and people still continue to use it.

Content hashtags are often simple words or phrases that can be used in any context. Brands can use them to connect products with their audience. The hashtag #tiles can be applied to a multitude of contexts.

It can be used to promote a workshop. 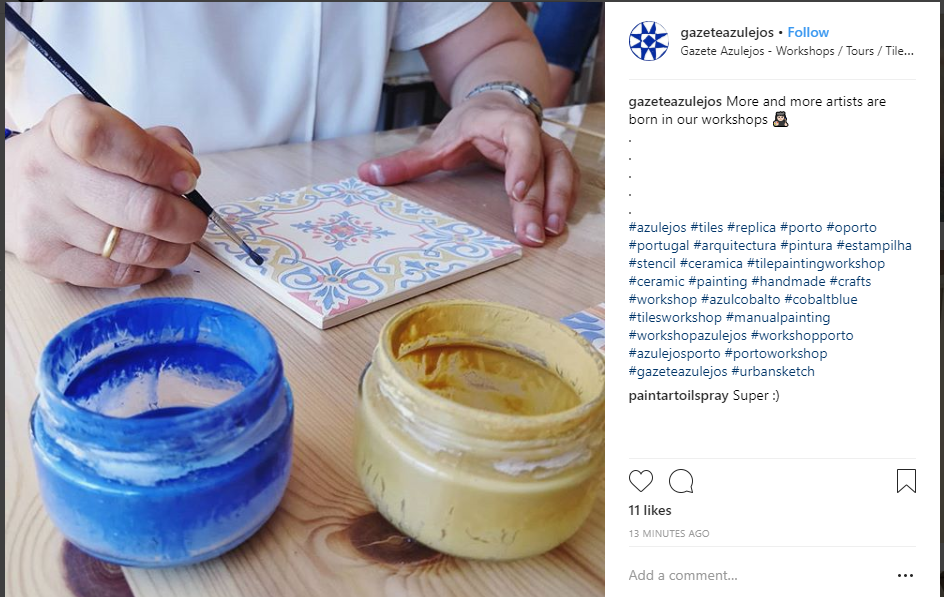 It can also be used for travel. 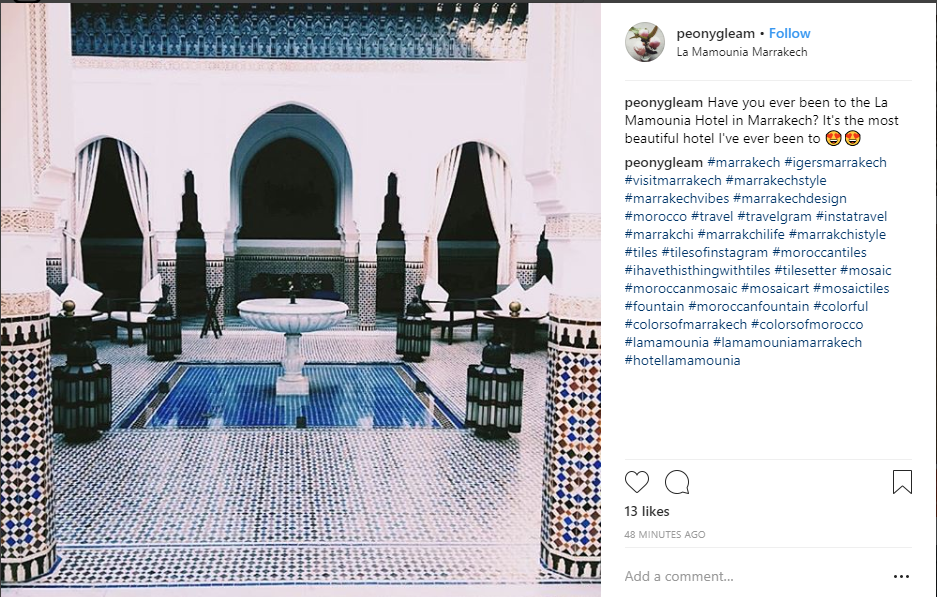 Or, it can be used to express this thing you have with floors. 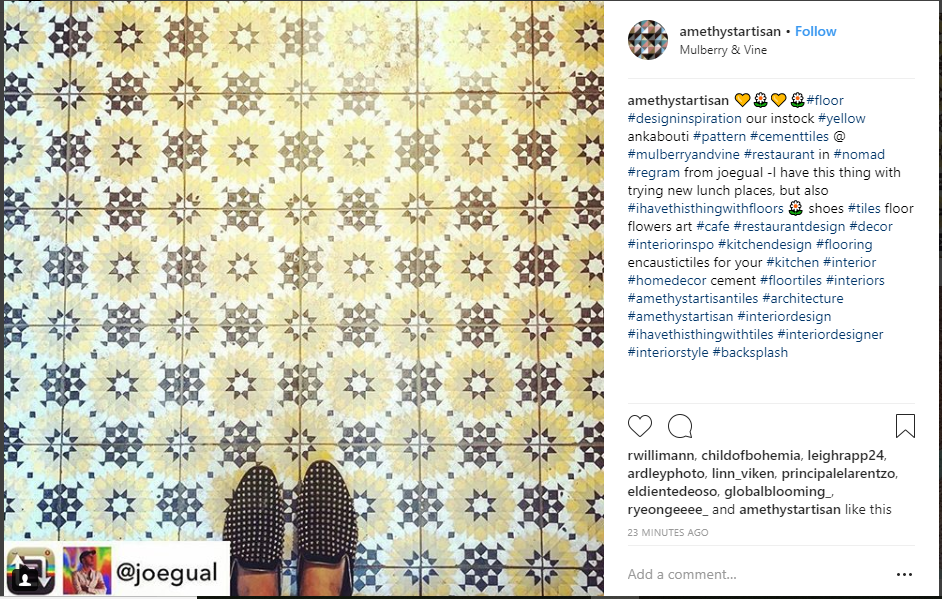 You get the picture. Overall, content hashtags invite flexibility and creativity.

If you want more people to know about a specific cause or campaign, then it’s a good idea to have a hashtag associated with it. These hashtags are specific and concise so that people can easily remember them and use them when relevant. Examples include: #Ontario150 or #ShareACoke.

Location hashtags bring awareness to a specific place. The name of the location is directly in the hashtag so that audiences know what specific location is being referenced. Examples include #ygk or #the6ix. Normally you would find these hashtags in association with travel and tourism. Brands have also used location hashtags to reach out to audiences from that location to inform them of their location or where their products can be found.

When you want to share your thoughts on a current event through social media, then it’s more common to share a trending hashtag that is associated with that occasion. #HumboldtStrong is one example of an trending hashtag which was attached to messages of support and solidarity.

If you’re hosting an event, and you want more people to know about it through social media, then event hashtags are the way to go. They can also be used outside the realm of social media. Depending on the nature of your event, there are a number of ways you can remind guests to use your hashtag.

Event hashtags can be used before, during, and after an event. One example of this includes #RoyalWedding2018. This hashtag was used in anticipation of the event, while people were watching the event (at 4 A.M. nonetheless), and after the event to share thoughts on how magical it all was.

What is your experience with using hashtags? Leave a comment below! 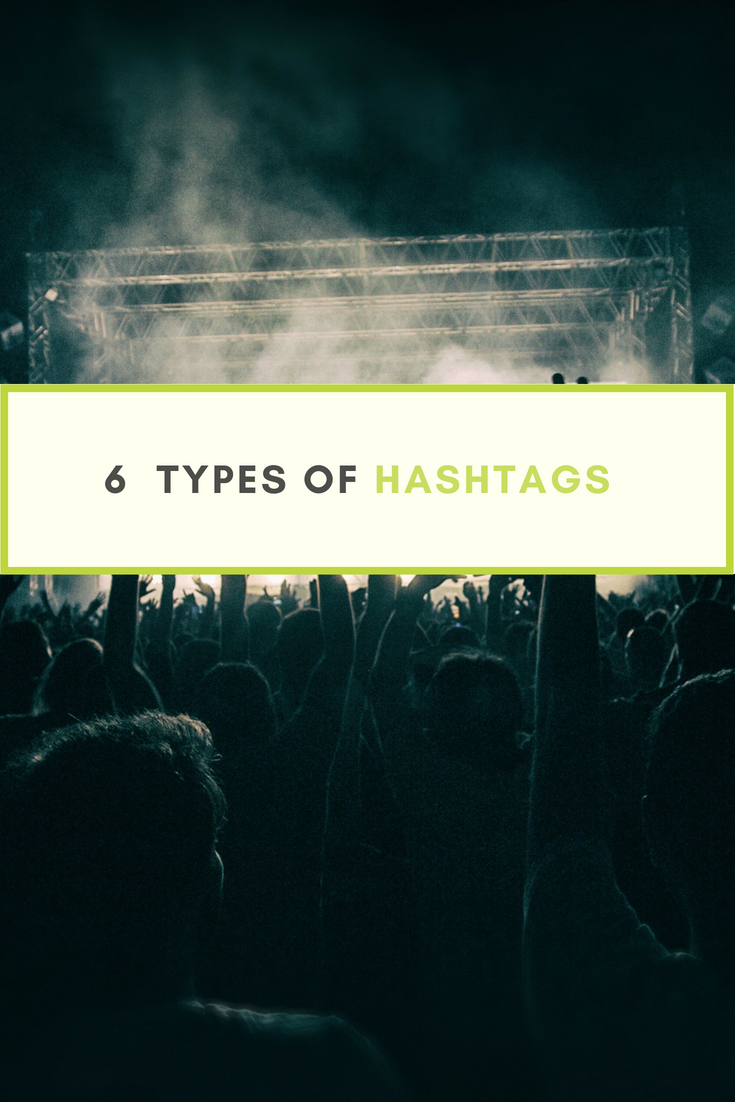 What is IGTV and What It Means for Businesses 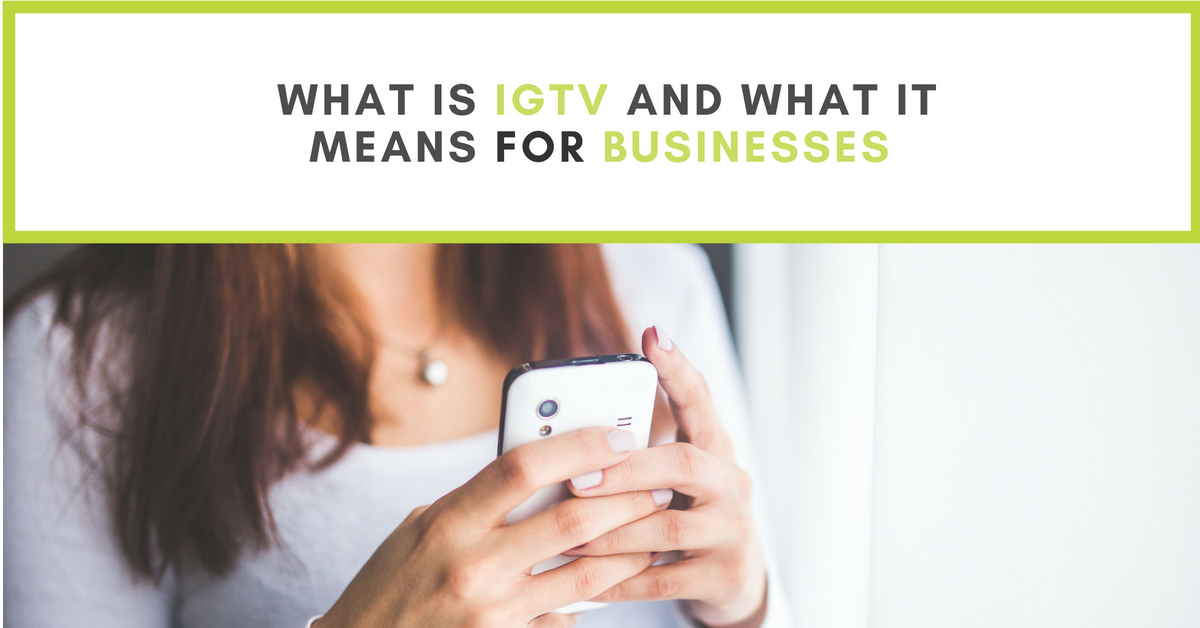 It’s been 5 years since Instagram has introduced video. Since it’s been a widely successful medium, Instagram has added a new way to experience video on your mobile device through IGTV.  Here’s what you need to know about it.

Here is how IGTV appears on an Instagram profile. 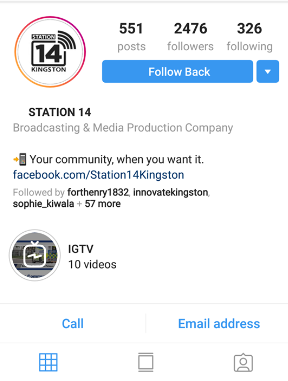 You can use IGTV in one of two ways. One of your options is to click on the IGTV channel icon in the profile and then select which video you would like to view. You can also view IGTV videos through the app or directly from your profile by clicking on the IGTV icon at the top right-hand corner of your screen.

Here is another example. 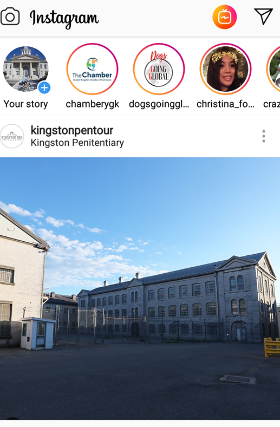 Channels can be created on your profile after you have downloaded the IGTV app. Videos cannot be recorded from the IGTV itself but you can upload any MP4 file to your channel.

What it means for business

Businesses now have more opportunities for storytelling and increasing their reach. Since it’s such a new feature, users are more likely to check out these stories. When it comes to consuming content, variety is the spice of life that the general public is craving. IGTV adequately fulfills that craving through this fresh and intuitive feature. It’s like having a subscription to a TV provider that shows everything you want to see whenever you want to see it. Users won’t have to search for you in order to see your content. It will just appear as soon as they turn on their IGTV based on the level of engagement with your account.

What is your experience with IGTV?  Leave a comment below! 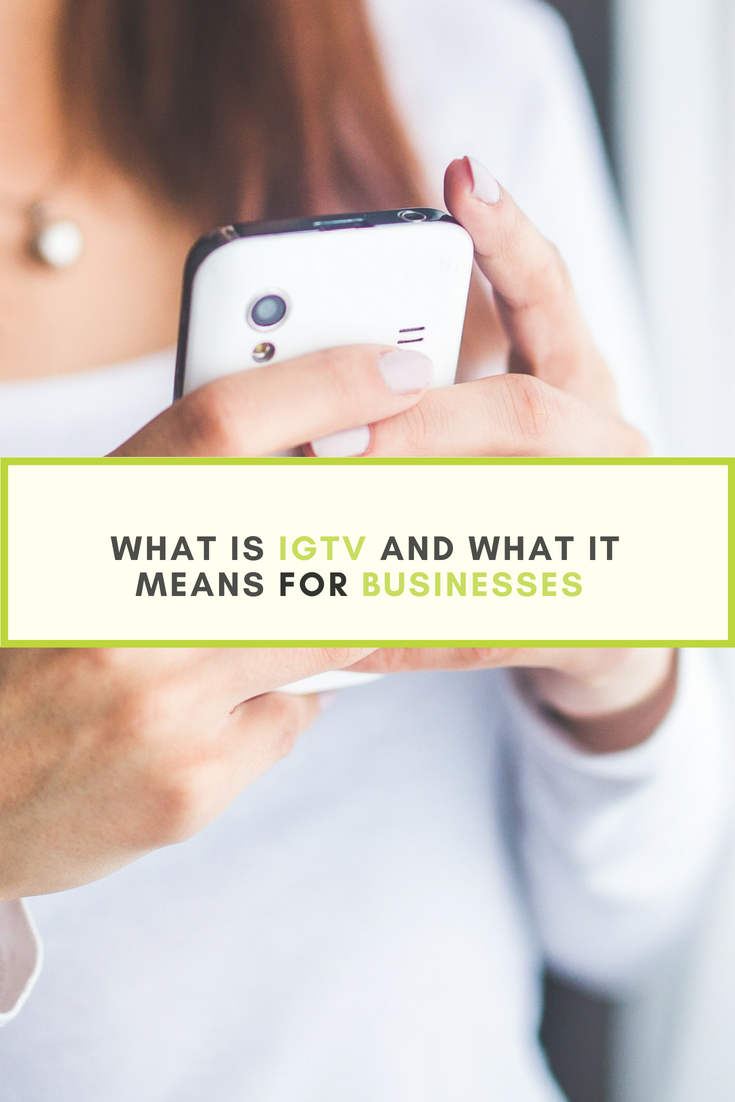 This two-hour social media workshop will guide participants through Instagram demographics, and best practices for developing and managing an audience. Specifically, participants will learn how to upload a photo/video, add hashtags and locations to posts, search for accounts and locations, as well as create stories.

This two-hour social media workshop will guide participants through Instagram demographics, and best practices for developing and managing an audience. Specifically, participants will learn how to upload a photo/video, add hashtags and locations to posts, search for accounts and locations, as well as create stories.

Despite the many similarities of different social media platforms, each one has its own positives and negatives. In no particular order below are what I personally find to be one positive and one negative aspect of each of the ‘big’ social media accounts. Agree? Disagree? Let your feelings be known in the comments.

Positive: The one platform that everyone seems to be on. Things certainly have changed since being a student was a requirement for getting the Facebook. You don’t even need to be human: for example, in university I created a Facebook account for the store mannequin we had in our living room. Having such a large audience makes it easy to keep up with many different people and groups.

Negative: The awful algorithms that are the reason why 90 per cent of my Timeline is full of things that friends, or friends of friends, have liked. I don’t have a voyeuristic instinct to see baby pictures and humblebrags from people I don’t know.

Positive: The best source for breaking, but not always accurate, news. Twitter is the first place I go once I hear rumours of something big in the world, whether it is a possible coup in Turkey, or the end of Brangenlina.

Negative: After having tackled this issue a few years ago, the spam accounts and bots are back with a vengeance. The amount of tweets that I have made or been tagged in that have been liked by pornographic accounts attempting to drive me to a website makes me reluctant to check Twitter at work.

Positive: The best platform for photos and videos, and probably one of the simpler social media platforms, although I can see it starting to get more and more complicated.

Negative: Almost as bad a problem with spam as Twitter (hence why I have a locked account) and how difficult it is to search for relevant accounts. The search function is made worse by the preponderance of fake/’parody’ accounts.

Positive: A solid source of professional information and relevant news, particularly once you have built up a network of contacts in your field or that post interesting content.

Negative: Suffers from trying to being way too many things and having too many features. Also seems to be losing the professional etiquette that separated it from the other social media accounts on this list.

Positive: The story function is really quite neat, and it seems to be gaining a lot of traction due to its popularity with younger generations. The fact that POTUS has an account and uses it to share behind-the-scenes content is pretty neat.

Negative: It makes me feel old since I don’t really have a big contact network on it, and the fact that I don’t really understand all of its functions.

What are your personal opinions on some of the popular social media platforms? Love ’em? Hate ’em? 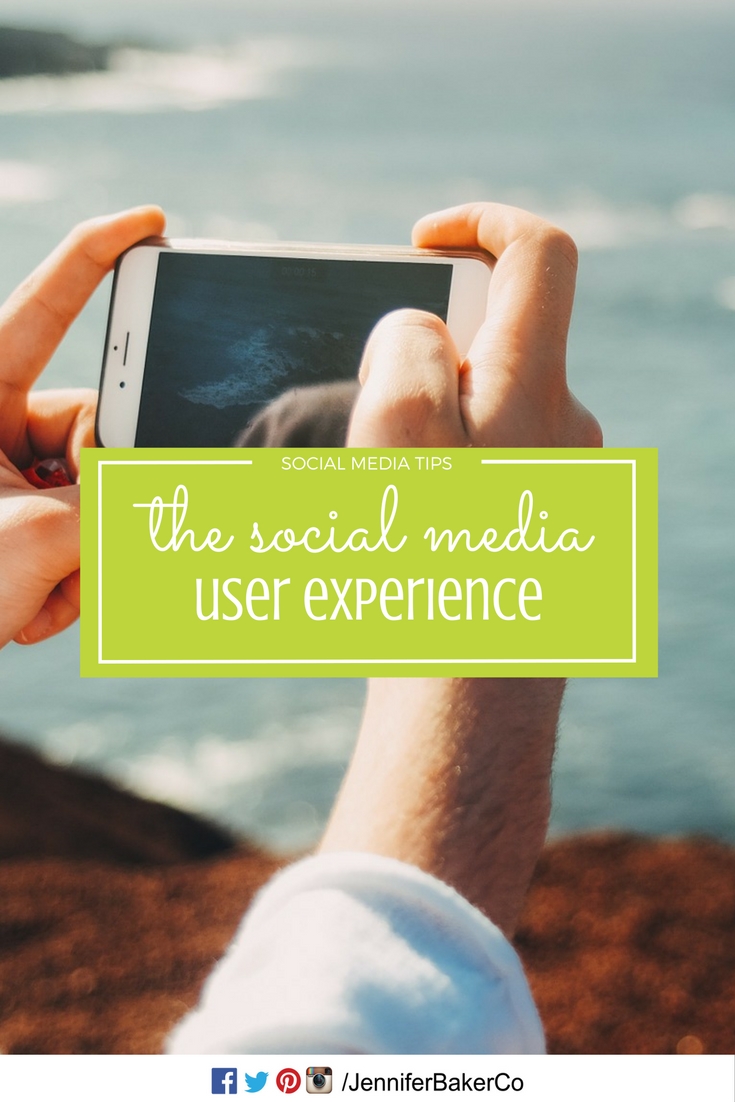