For as long as I can recall Twitter advocates have felt constrained by the 140 character limit. As a workaround to the previous character limit, users have created the multiple tweet strategy, labeling tweets (1/2) then (2/2), and when images began appearing in the newsfeed users would simply upload a screen grab – including MS Word grammar and spelling underlines – from their computer to include the additional text.

While I personally enjoy the opportunity to develop a highly succinct message in less than 140 characters, I can understand why Twitter has implemented these changes.

Twitter tweeted (surprised?) on September 19th that “photos, videos, GIFs, polls, and Quote Tweets no longer count towards your 140 characters.”

While these are not all the changes that Twitter had planned to implement, it’s a start. Twitter has also alluded to mentions and links not counting towards the character limit. With those changes in mind, Twitter has not mentioned the implementation of an “edit” button, so make sure you double check before you tweet! 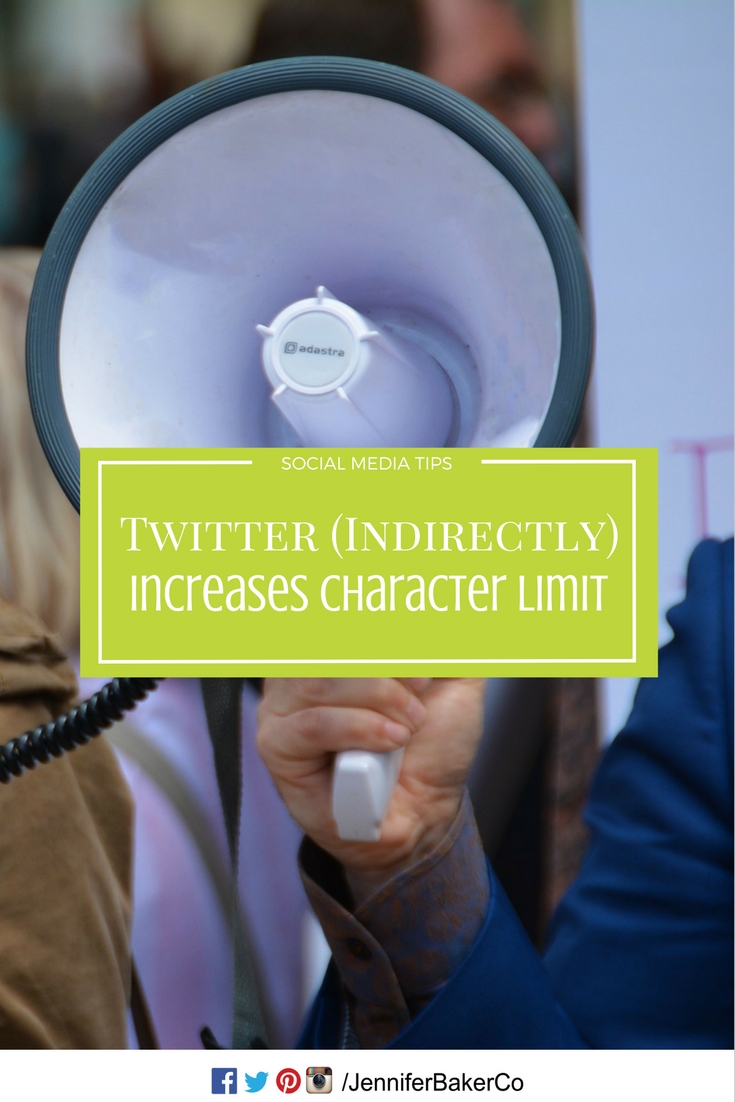