For those of you who know me, you know that I love data and numbers. My undergraduate degree was Business & Economics, and I certainly loved analyzing data and running regression analysis. Enough about me, let’s talk about Twitter Analytics!

This past year Twitter rolled out analytics for all Twitter business accounts (aka. advertisers, and potential advertisers) for the purpose of understand the impact of their accounts. Previously, Twitter users relied on data from third-party sources, or worse, nothing except follower count. While my account @JenniferBakerCo has ~1,500 followers impressions per day (August-November) can range from 652  up to 1.3k.

While you may have 10,000+ followers, are they engaging with your brand? Each month provides an overview of your engagement rate (e.g. the number of clicks, retweets, replys, follows, favourites divided by the total number of impressions). A higher rate is better! As for the remaining analytics, they account for the number of times links have been clicked, tweets have been retweeted, or replies your account received during the month. 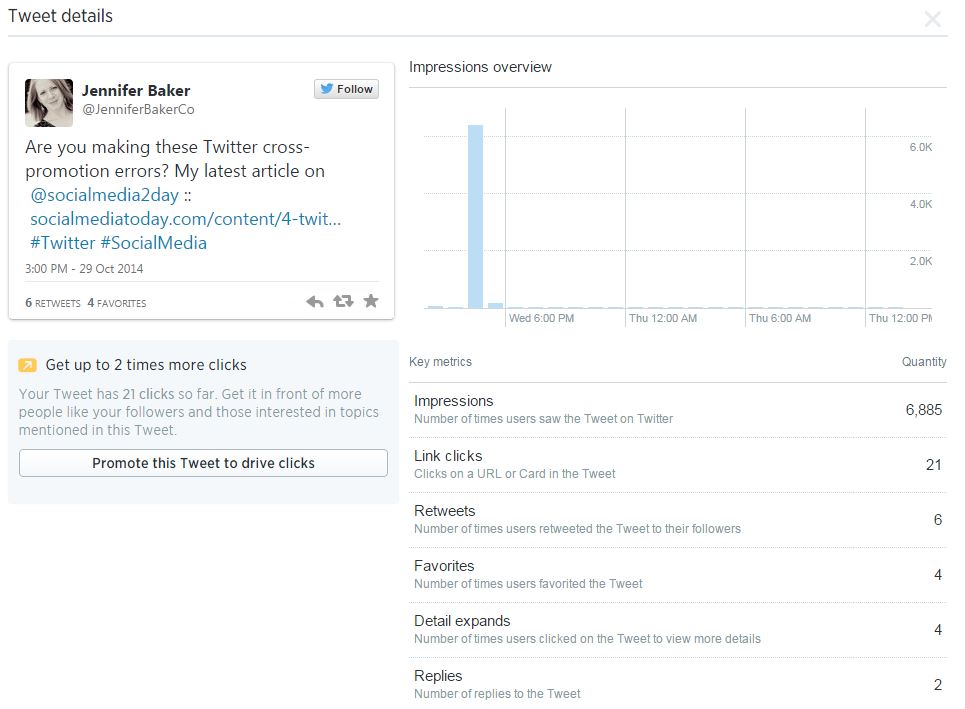 @JenniferBakerCo had a higher than average engagement rate during November due to the photos shared on Remembrance Day. 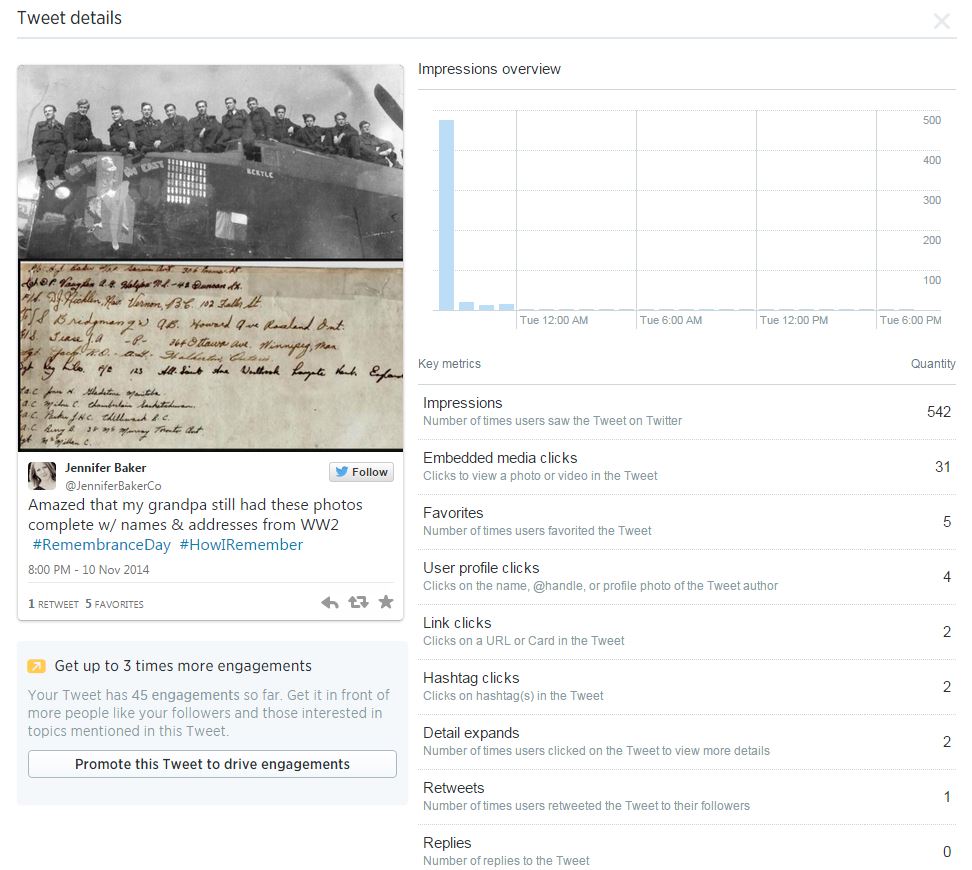 In addition, users can gain an understanding of their followers. Twitter analytics allow users to view popular interests, location, and gender. For example, accounts that follow @JenniferBakerCo, they are most interested in marketing (25%), leadership (21%), and Canada (18%). In addition, 77% of followers are located in Canada, followed by USA (12%). Finally, it is estimated, 60% of followers are male. 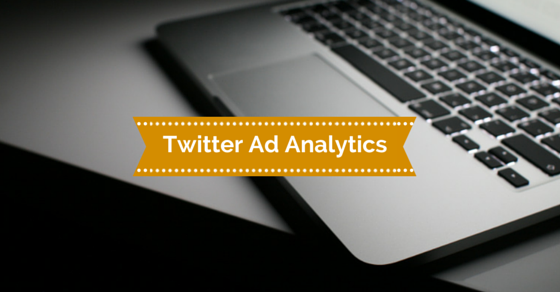