A Look Into Social Media Fails

While preparing to facilitate a college-level course on social media and the modern-day job search, I stumbled upon a prevalent topic: Celebrity Social Media Fails. Understanding the popularity of this topic while at the same time making the applicable connection to course curriculum, I included this topic into the course.

A Google Search of “Celebrity Social Media Fails” results in numerous media sources, blogs, and articles about athletes, musicians, actors, and celebrities who have created an inappropriate post or tweet to social media.

A public relations professional will indicate that anyone in the public-eye should undergo media training to ensure that they maintain a positive and accurate personality in the news world. Over the past 10 years, it is my belief that media training now includes maintaining a presence on social media.

From the solely social media perspective, I believe that anyone who has the ability to compose and post updates and tweets should abide by three fundamental rules.

There have been a number of cases in which inappropriate content appears on a celebrity’s personal social media accounts. Shortly after this content is published, the celebrity follows-up with apologetic posts, like Canadian-born Tyler Seguin:

Unfortunately social media accounts associated with celebrities, athletes, and large corporations are a target for hackers. With thousands, or millions of followers, hackers take the opportunity to hack into these accounts for maximum exposure.

There are steps that social media users can take to beef-up their account security. The first is to implement a strong password. Don’t use common passwords, or the same password for multiple accounts. The second is to ensure that only you have the password to your computer and mobile device. Many times users never log out of their social media profiles, as a result anyone who has access to your devices has access to your accounts.

Twitter/LinkedIn: Increase your account security by setting up login verification such that Twitter will send notifications to your phone or app when there is recent activity. Certain settings will require a passcode upon login to verify that the request is coming from you!

Facebook: Protect your account by selecting the privacy of “friends” for the majority of account details, including photos, likes, about information. Make sure that you have selected “only me” for your friend list. Depending on the nature of your post, the privacy may vary from “friends” to “public.” Remember: Just because a privacy setting is “friends” DOES NOT MEAN that others may not find out about it. Technology now allows users to create simple screen captures that can be emailed or posted to other accounts.

Give a second glance and thought TO EVERY POST YOU PUBLISH! When the post is of controversial nature, be prepared to defend your position on the topic, as not everyone will share in your opinion. I’ve heard two suggestions to work through this topic. When posting, ask yourself:

While social media fails perpetuate across celebrities, corporations, and individuals, it is important to know the risks, take steps to protect your account, and to think before posting. 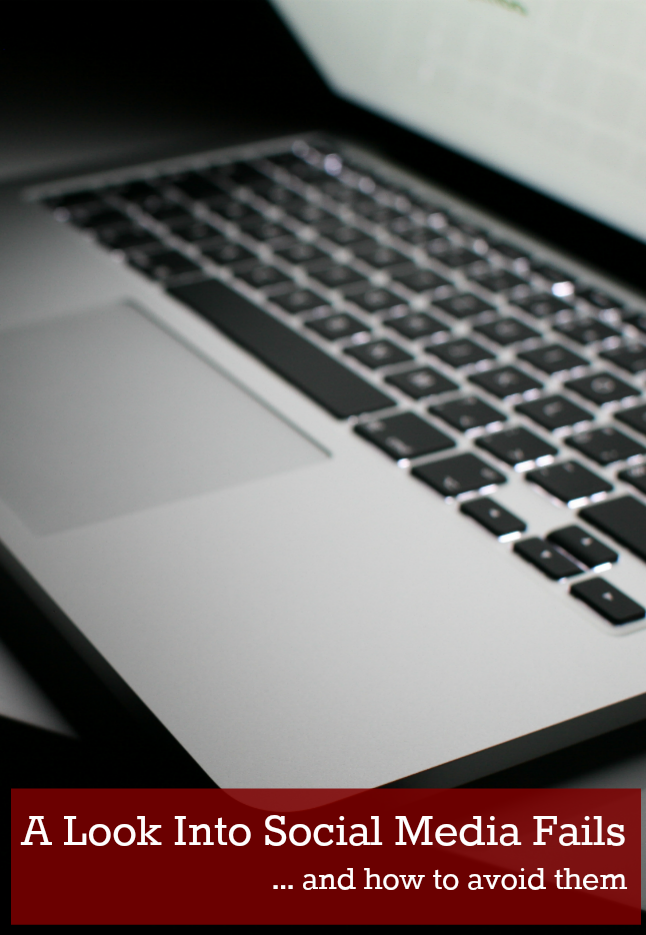